How to Master the Delicate Art of Dragoning a Man


Like most things The Dragon Movement began in the executive suite of The Shangri-la one rainy weekend. 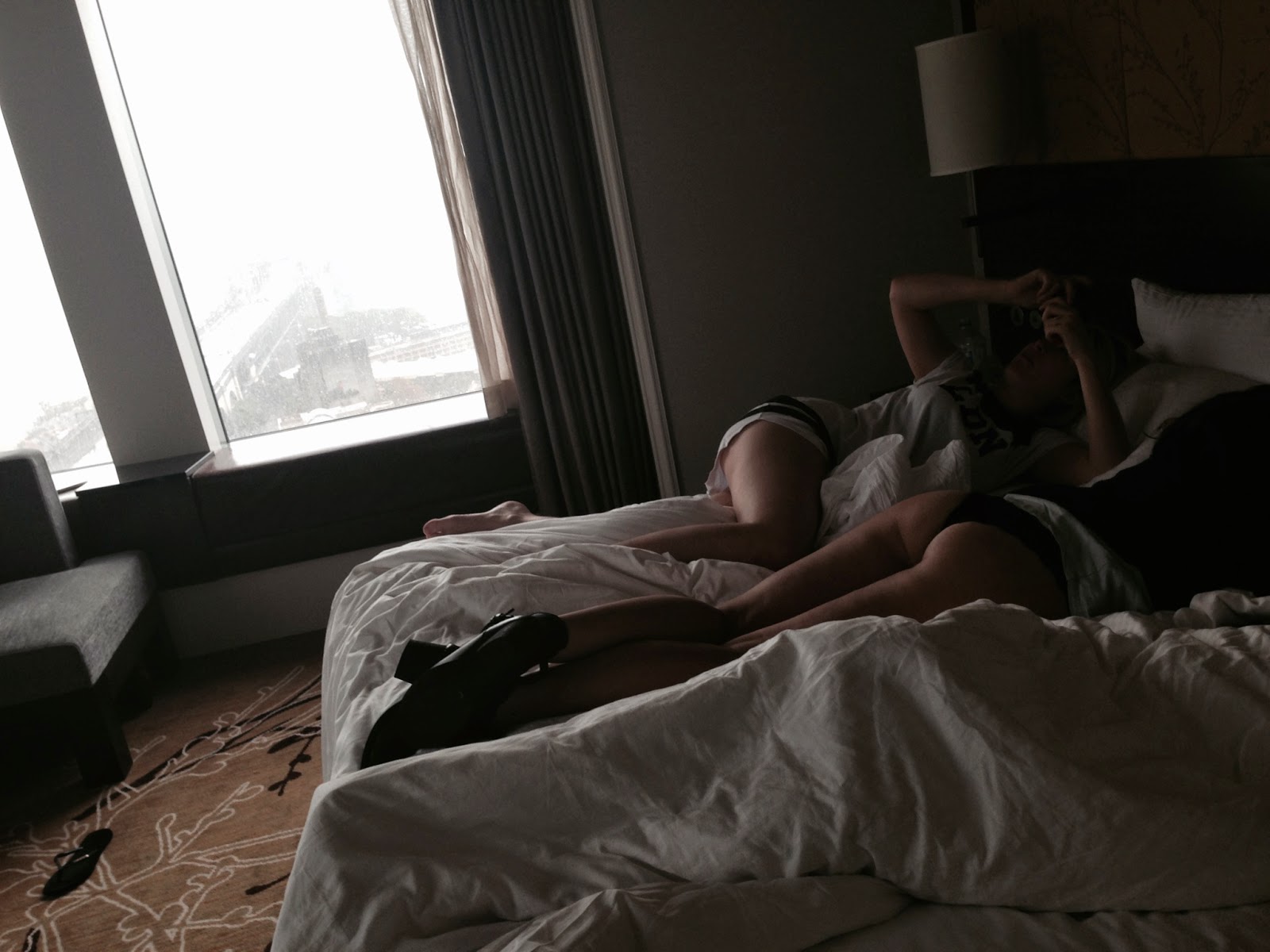 Four girls were recovering in a king sized bed. Three looked on as one girl mulled over her response to a very endearing text message she'd just receive from a super dickhead.

My friend Lena was sort of dating this guy who was notorious in Noosa for being a lady killer. Although he had lost most of his charm since high school there was still something about him that drew unsuspecting women in. Our girl was in the know but like any protective friends we were worried that eventually she'd give in and then...sting!

She gigged before reading out the message loud and clear. 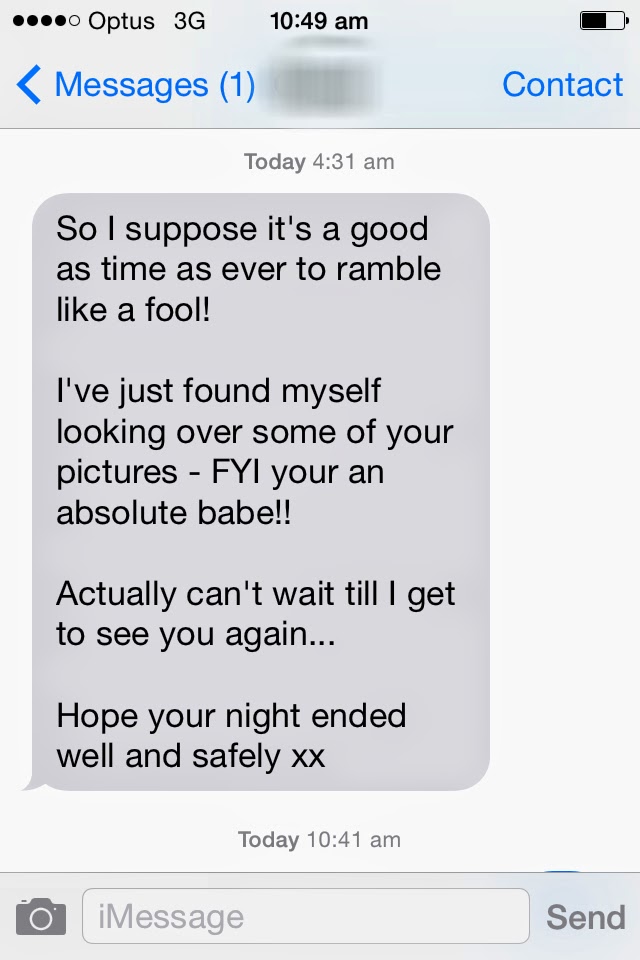 "What a fucking load of horse shit" Rita said bum in the air and hands covering her ears.

"He's just buttering you up."

"It's nice but look it was sent at 4:31 am" Ms P added sympathising with little Lena bear.

"Most likely drunk and down to f*ck," I admitted

"What are you going to write back?"

We all brain stormed ideas out loud - everything from 'aw thanks babe, my night was good how was yours?' to a simple 'haha thanks' but nothing we thought of had enough of a kick.

Finally Rita sat up in bed. 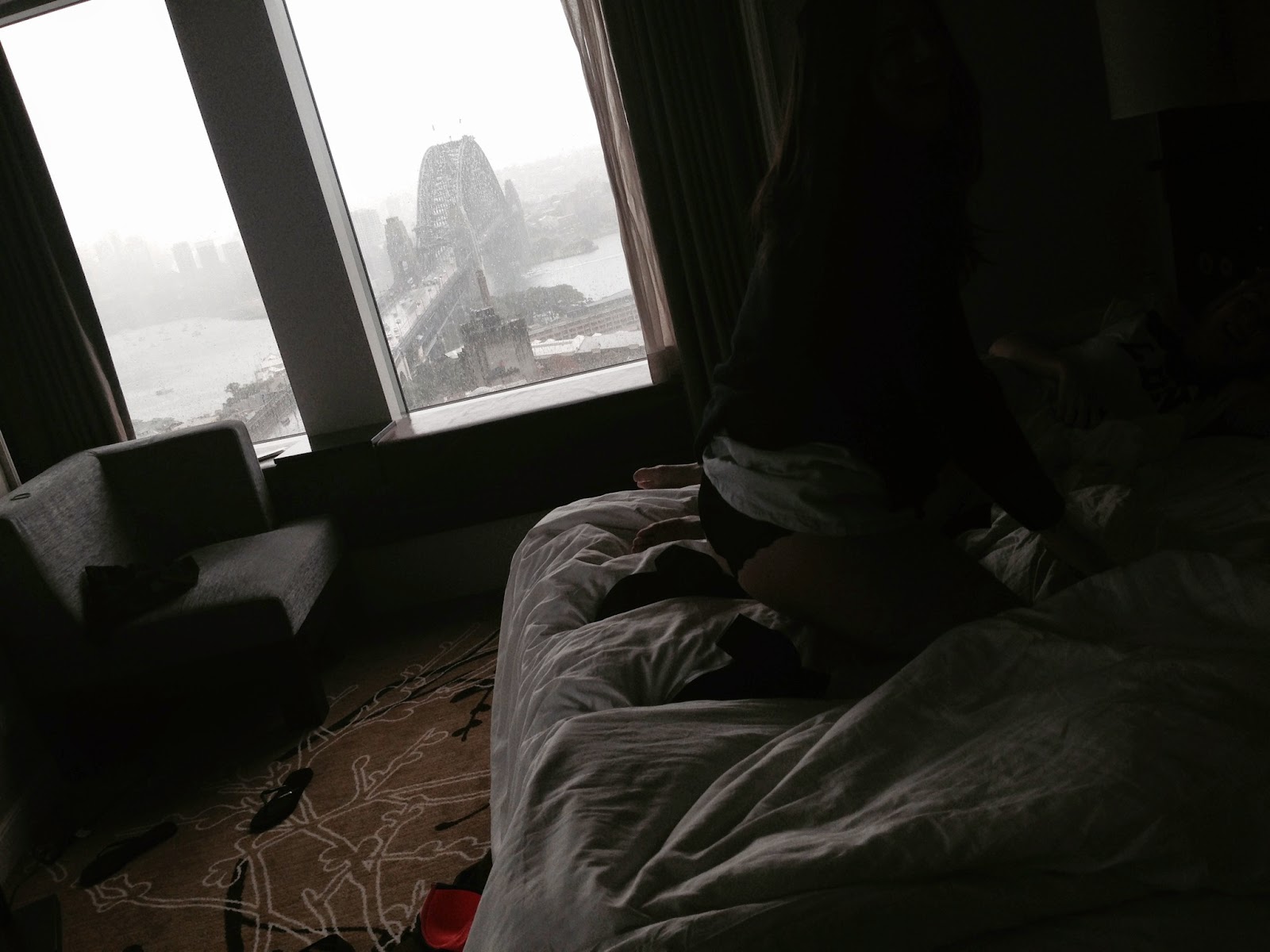 "Just send him an emoji" she said.

"No I've got it, I've got it" Rita said taking Lena's phone and searching through the hand gestures. 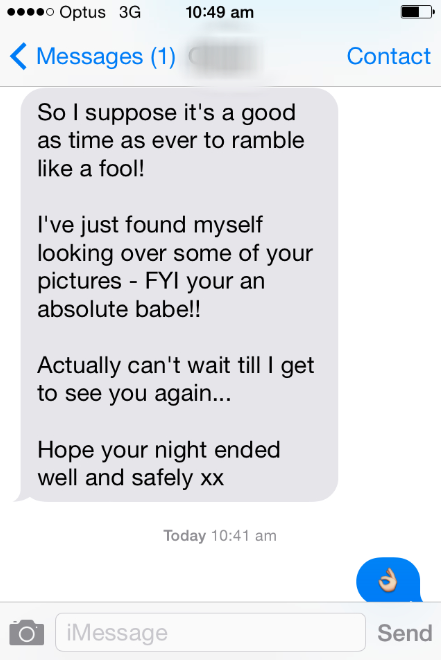 Rita looked pleased with herself, I looked highly amused, Ms P shook her head and Lena looked like she was about to be sick.

In a matter of seconds he had read it and the three dots appeared - he was typing back faster than he had before.

"He's going to break it off with me," Lena said

and then there in the suite a miracle occurred. 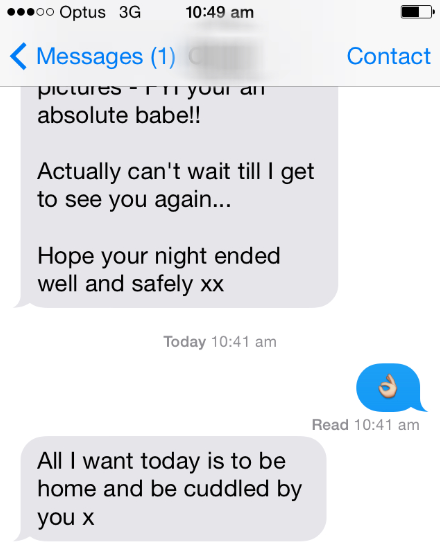 Lena started responding when Rita grabbed the phone from her hands.

"Can write what?" asked Ms P

"She was going to write: me too babe with an x at the end!"

"You've just gained the power, you can't give it back"

"Why not?" Lena questioned.

"Because you'll write that and then he won't reply again."

Rita agreed and so did Ms P.

"You need to up the ante my friend." 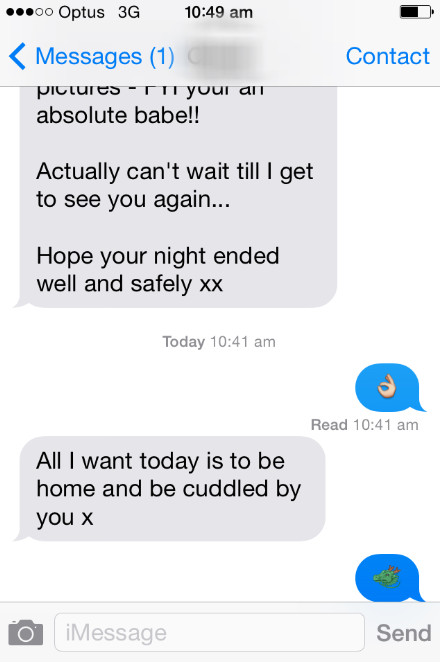 Who do you Dragon? Any man or woman who thinks they have texting power over you. Usually the person you like the most. Anyone who has ever forced you to hide your phone in a sock under your bed.

When do you Dragon? Whenever they initiate conversation purely for their own personal fulfilment e.g. booty call, ego stroke, boredom.

Why should you Dragon them? Ladies, it's about time we took back the texting power. Let me show you why The Dragon works... 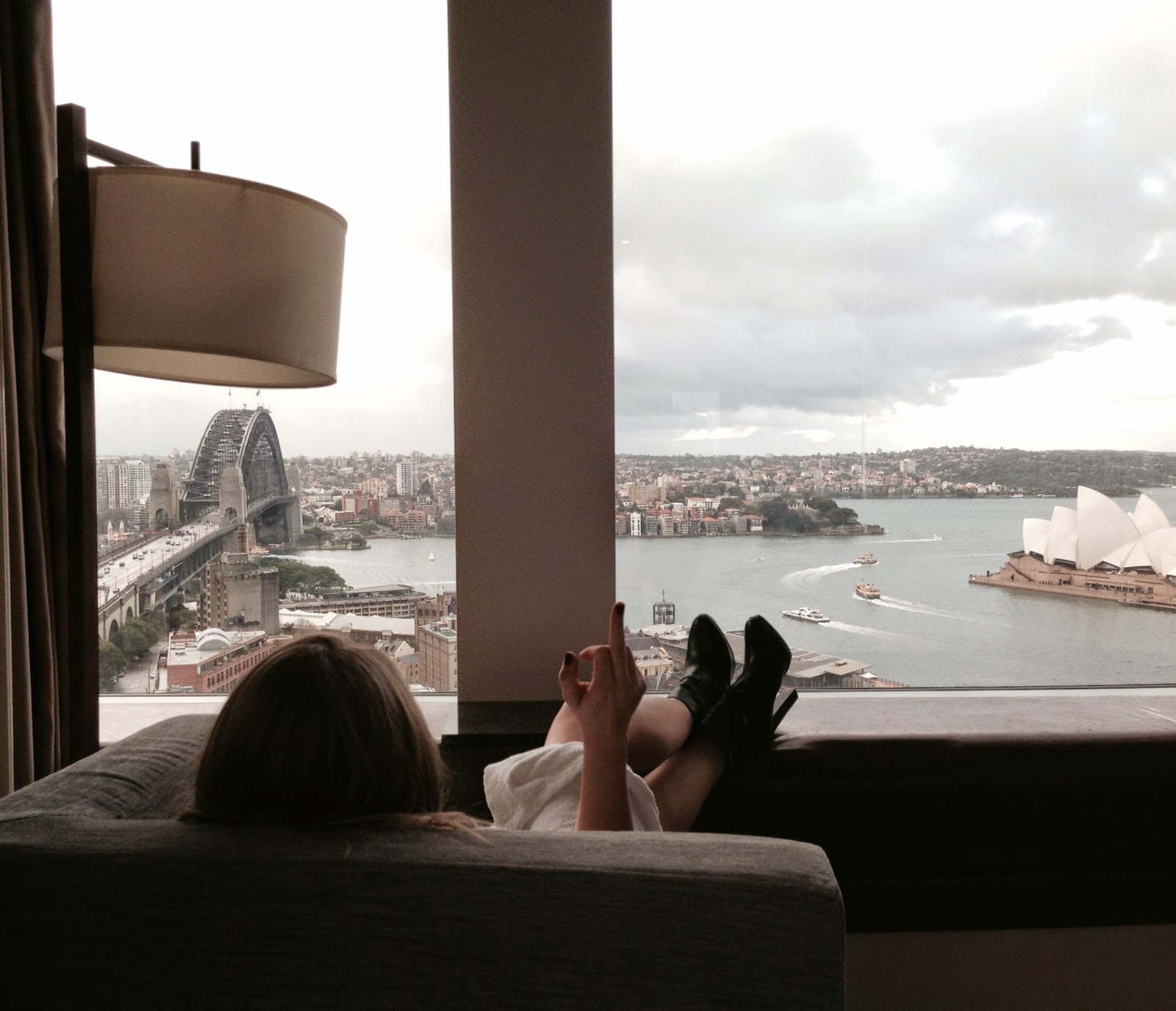 A picture says a thousand words, a Dragon says only one, power. - Anonymous


You'll find that unlike every other animal emoji the dragon comes in two forms: dragon head and full dragon body. Never pull out a full dragon body straight away, this is relationship suicide.

Example B: Bill hasn't called in weeks, I'm about to give up all hope when on a rainy Sunday he finally contacts me. Usually I would respond with something like, hey how are you? Out of spite and sadness I come to the conclusion that there is only one thing to do. Dragon him.

First I send a dragon head. He responds immediately with 'can I call you?' For someone who usually takes an hour to reply this is a good sign. After much consideration I decided to pull out the big guns and really make him work for it * Dragon Body * he starts typing instantly and it's obvious that The Dragon has worked its mythical magic and he wants me again. 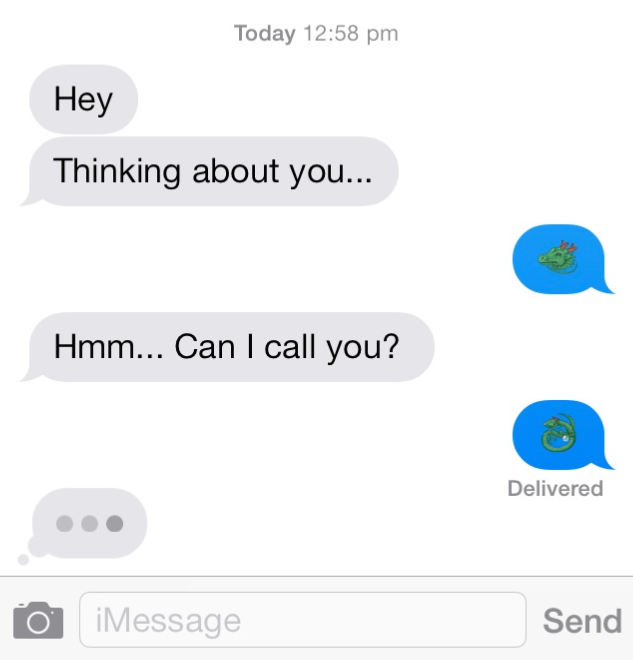 It's up to you how far you take The Dragon. One of the advantages is that your subject doesn't even have to speak English to understand the language of The Dragon... 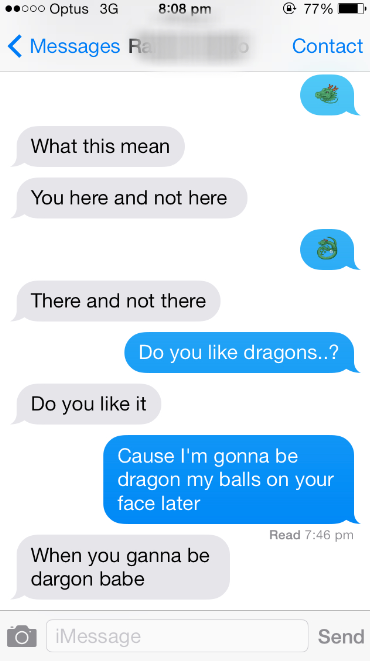 When and where you gonna be dragon is ultimately up to you. Just make sure you know your Dragon limits or it may get the best of you. See Dragon fail below... 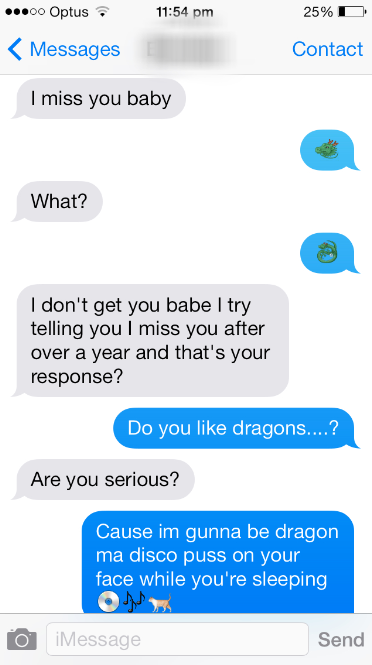 Like many love games, Dragoning is a game of strategy. To take down your opponent may it be the charming town bicycle or the egotistical pro footballer you must have one thing backing you and that is confidence...and a few champagnes. Never get anxious and explain why you Dragoned your opponent just ride the wave and wait for him to respond or not respond either way, you and your crazy antics will be on his mind for the rest of the day. 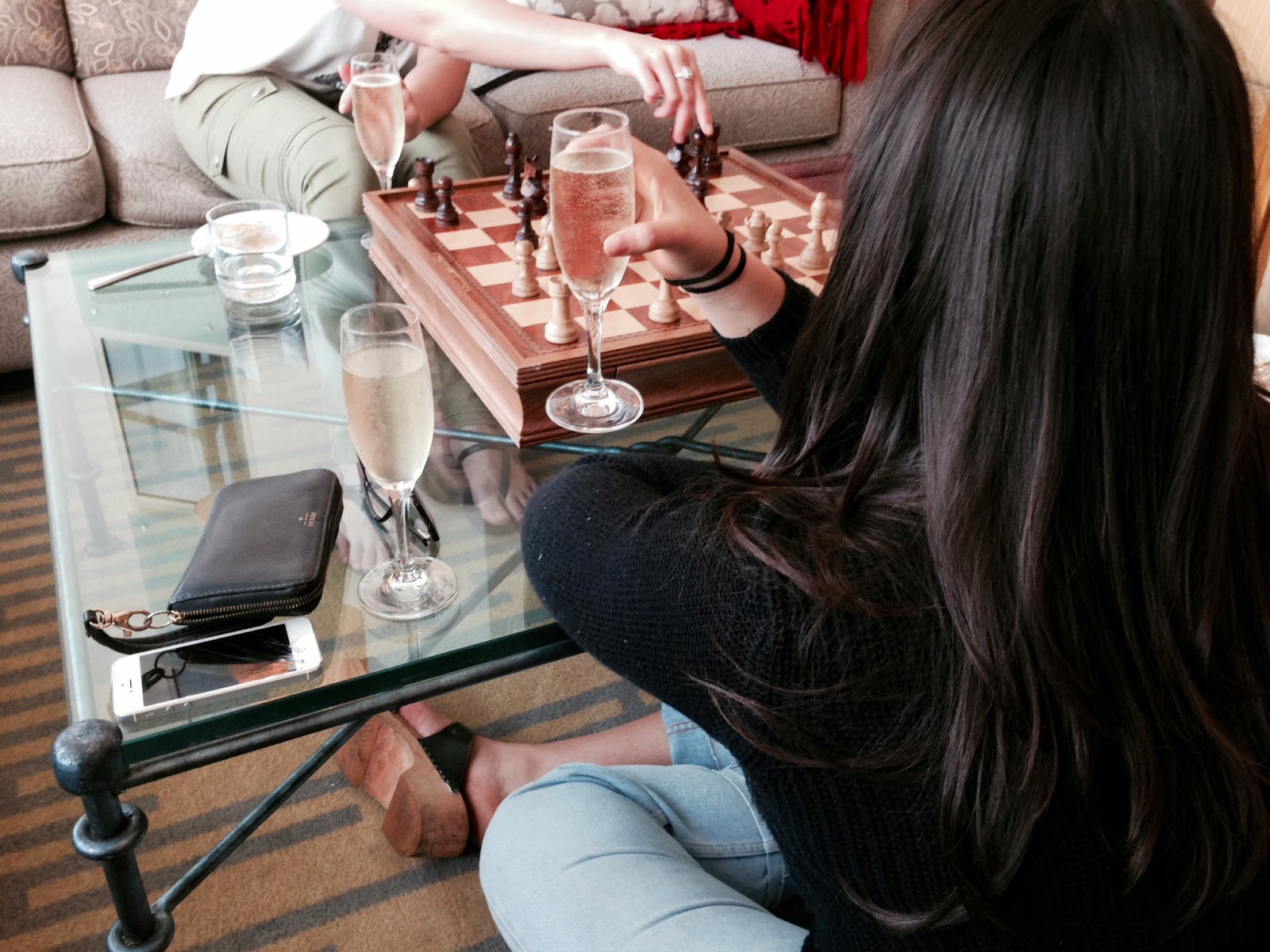 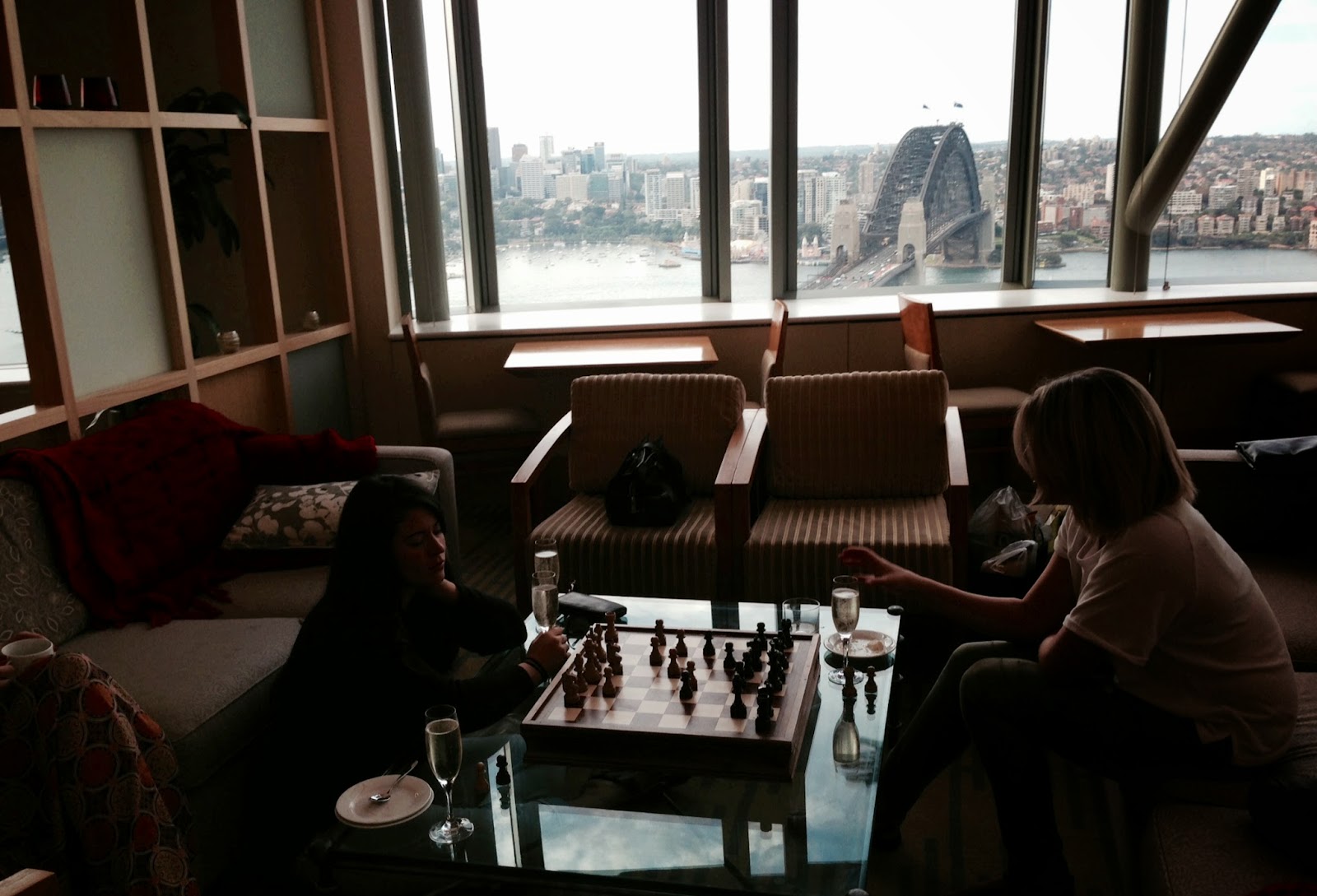 When done right you can expect dinner or even an emoji proposal... 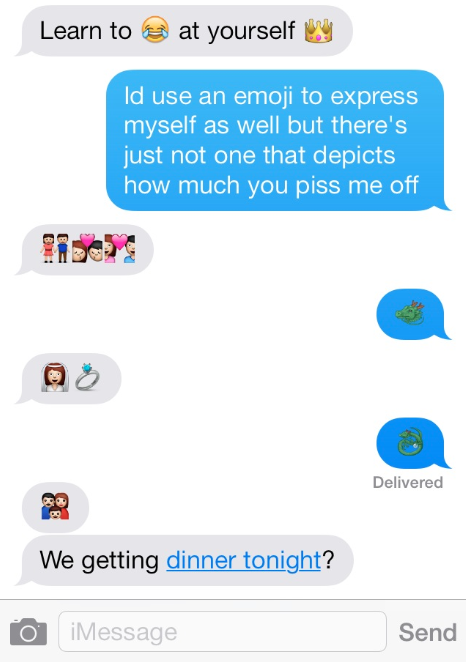 Now that you know the secret go forth and use The Dragon to claim back the power in your relationship.


Why has Dragoning worked for me and my girlfriends? It's simple.

For years the texting power has lied in the hands of the man while our phones remained switched off or turned on silent because we couldn't bare staring at a blank screen.

Instead of giving them what they expect - little smileys or clever idioms we are hitting them with something so out of left field that they will think that we don't give a fuck if they text us or not.

In fact there is so little care factor that we are prepared to jeopardise an entire relationship by sending a fleshy green head of a imaginary animal.

Now thats the kind of confidence I want to see more of!

Time for a sleep. 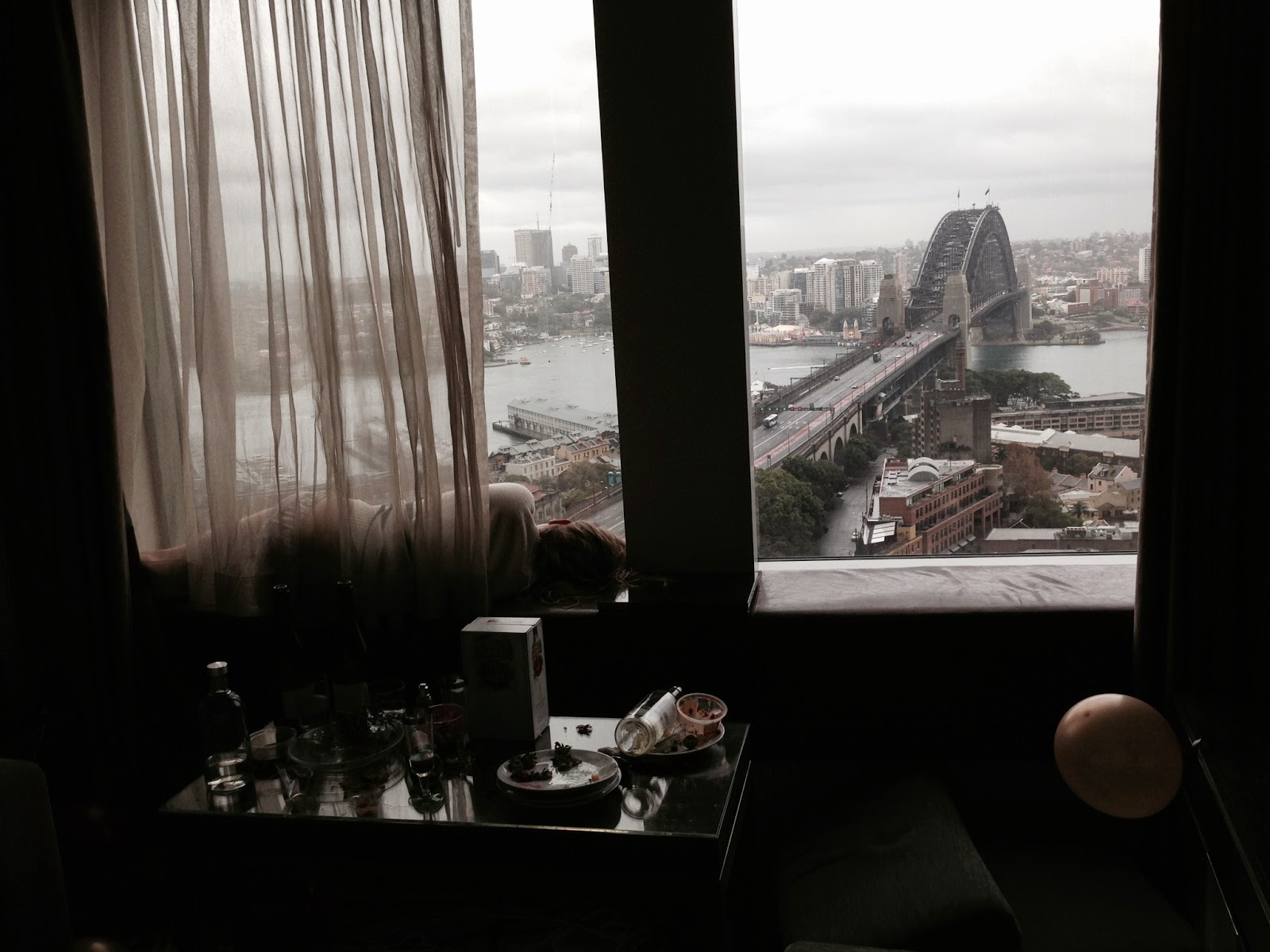 Send all your Dragoning to heaveonbourke@gmail.com - best Dragon wins something amazing ;)
at 14:26 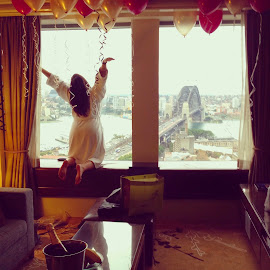 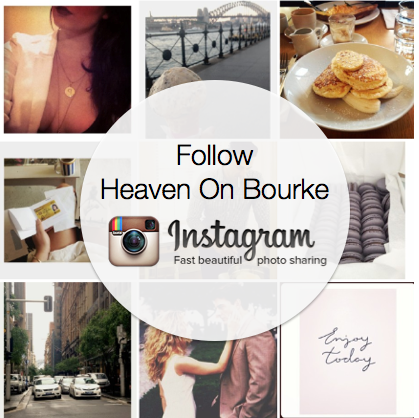